Note: Since OSDK 3.7, we have deprecated the MobileCommunication class and recommend that you upgrade to the MobileDevice class instead. Sample code in 3.7 now shows usage of both classes.

While such a simple example would not be used in a final application (the Mobile SDK can send the take-off command directly to the aircraft already), it is however quite useful during development and testing of an Onboard SDK based application.

The sample can be re-purposed for the developer to interact with the onboard computer through a mobile device while the aircraft is flying. State information can be transferred back to the developer, and the developer can use a modified sample to send different actions to the aircraft which might initiate actions or complicated maneuvers that are being developed.

The iOS app can be loaded to a iOS device using Xcode on a Mac OS X system. Below are the list of instructions to load the mobile app to your iOS device.

The Mobile APIs being used are listed in the Appendix

It should be paid attention that the API of sending data from Onboard SDK to Mobile SDK has a prerequisite that the aircraft must be activated successfully firstly. If the aircraft is not activated, the Onboard SDK code will alarm error while using this API.

The general execution flow of the sample code is below: 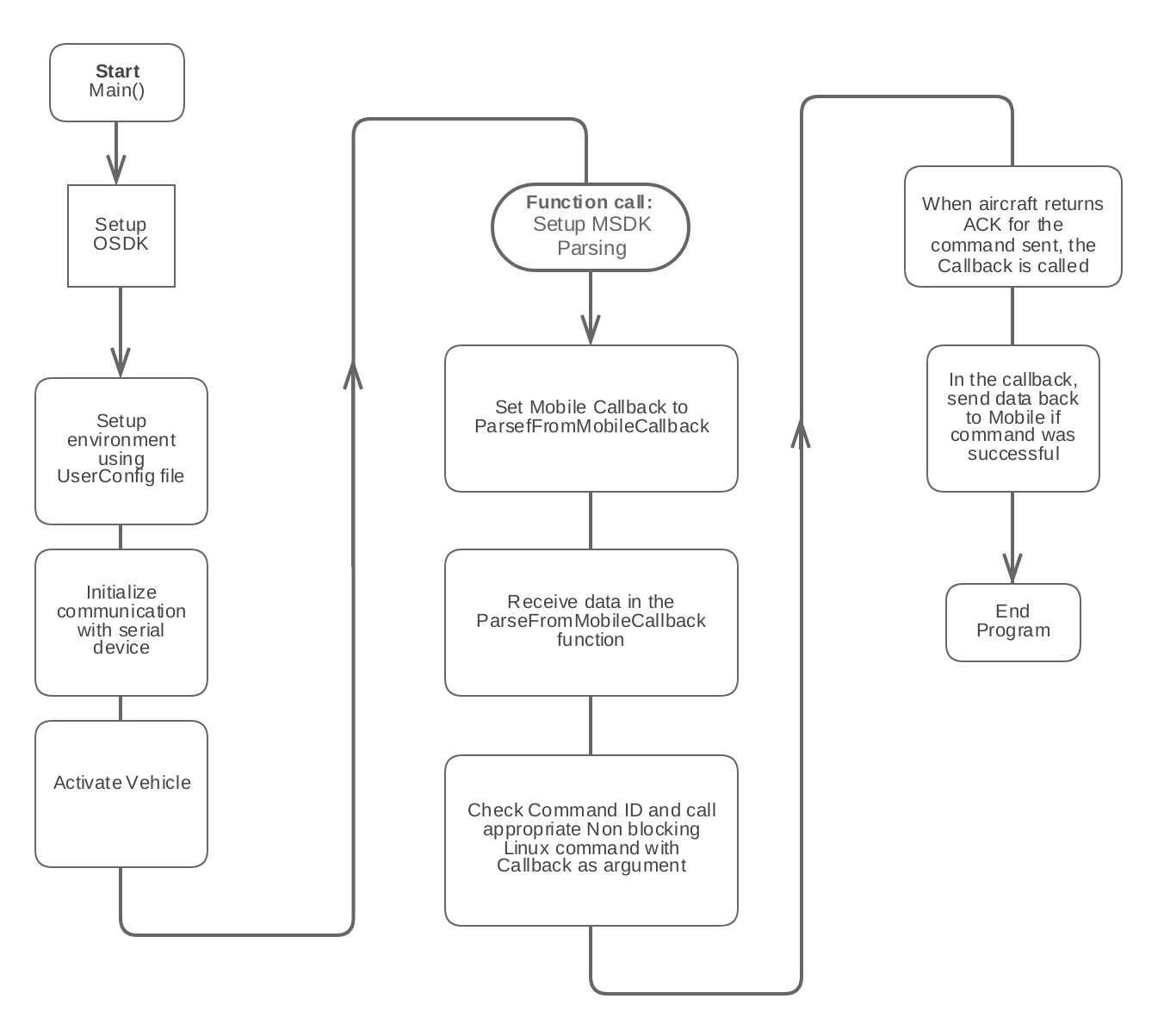