The Multi-Function I/O sample shows example usages of the function channels on the flight controller as various input/output channels.

The MFIO sample is more varied than some of the other samples due to the nature of the functionality offered through the function channels. This sample intends to show configuration options for all the input and output modes. The MFIO sample is also intended to show the differences between the two different programming paradigms (blocking/non-blocking API) present within the OSDK.

This flowchart shows a few of the options available in the prompt. Please read the source code to see the port configuration you need to do in DJI Asssitant 2; also note that you need to have an oscilloscope (or logic/waveform analyzer) and a function generator to try out all the samples present here. 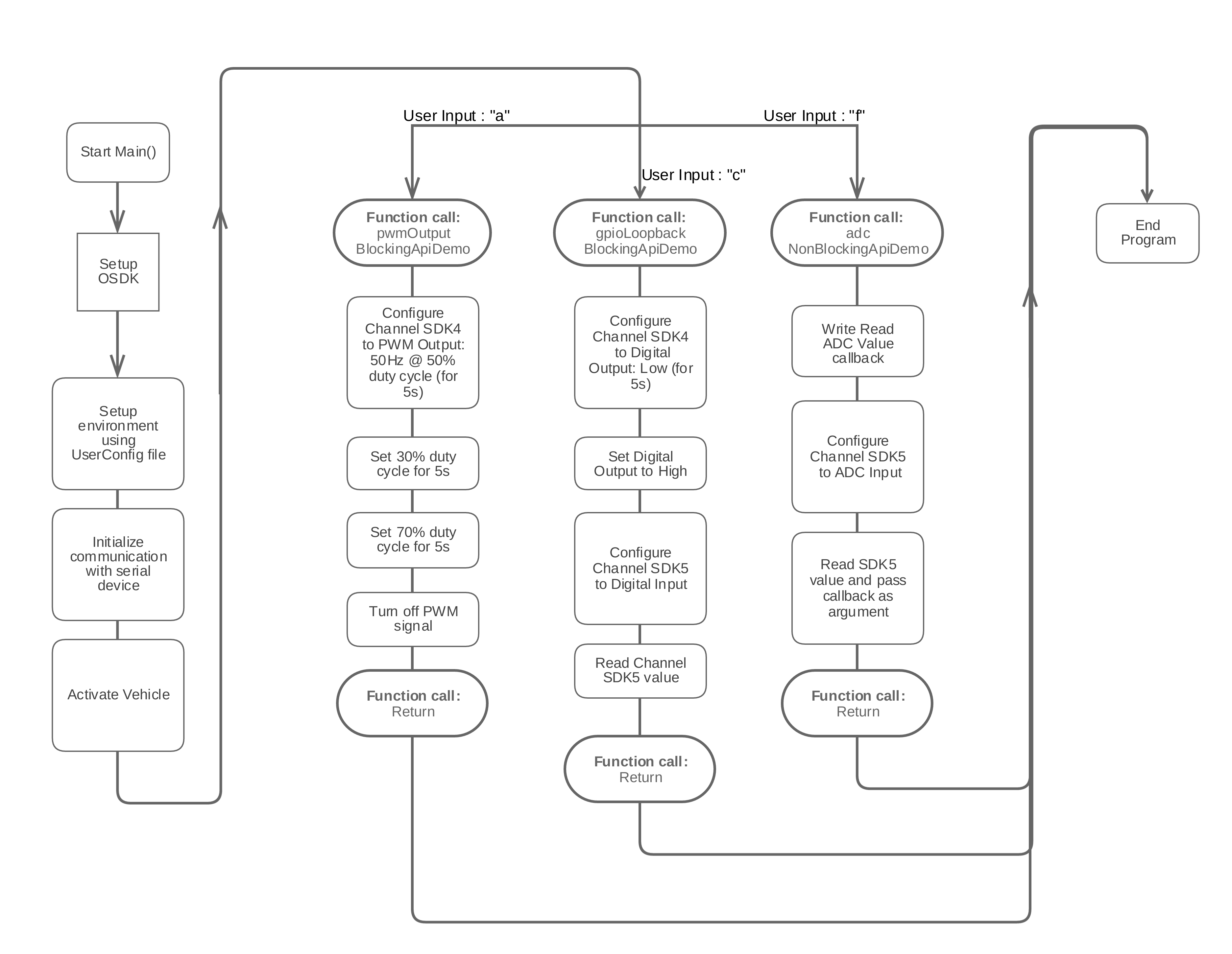 Here is an example of the PWM output on an oscilloscope (70% duty cycle): 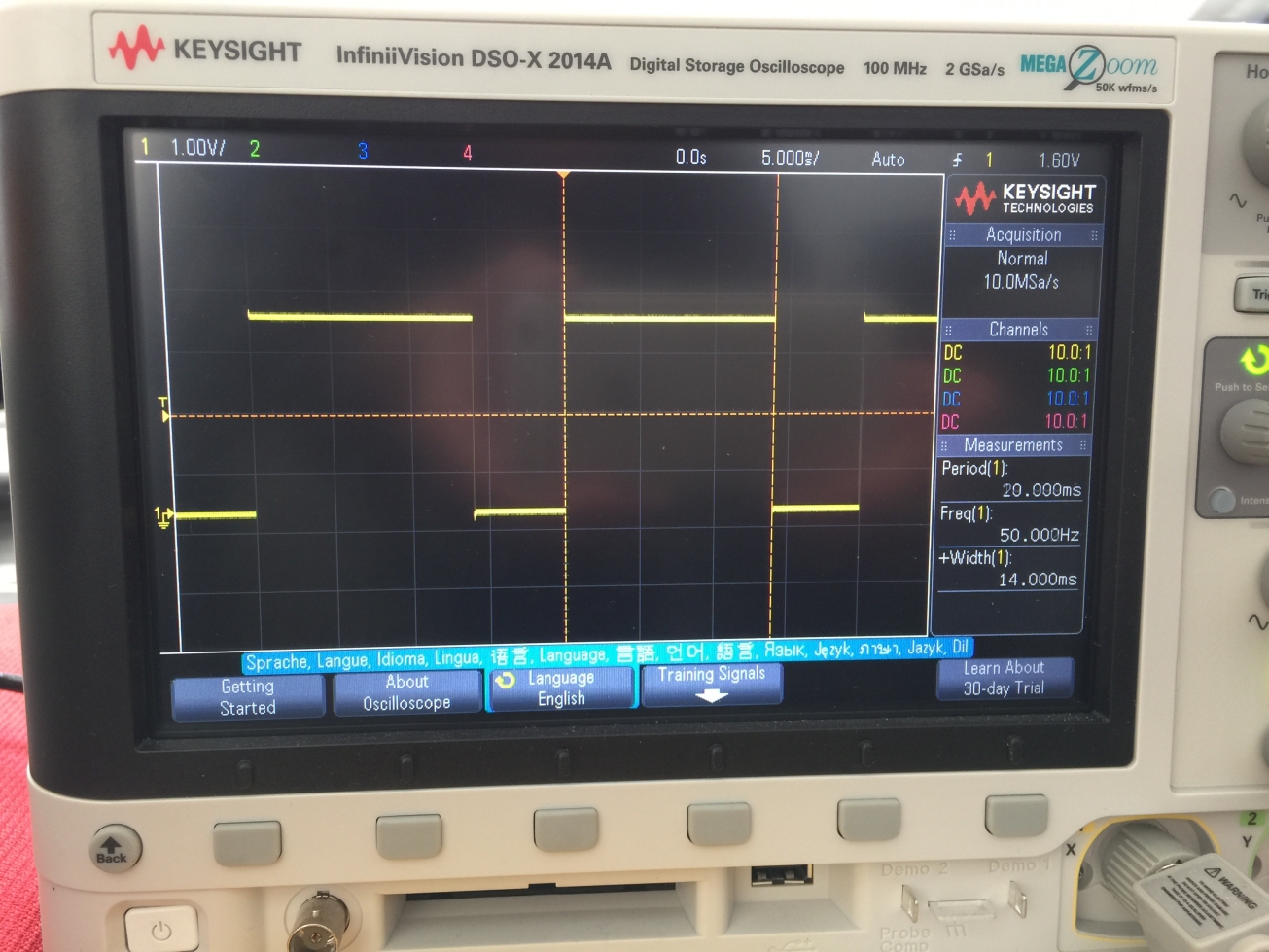 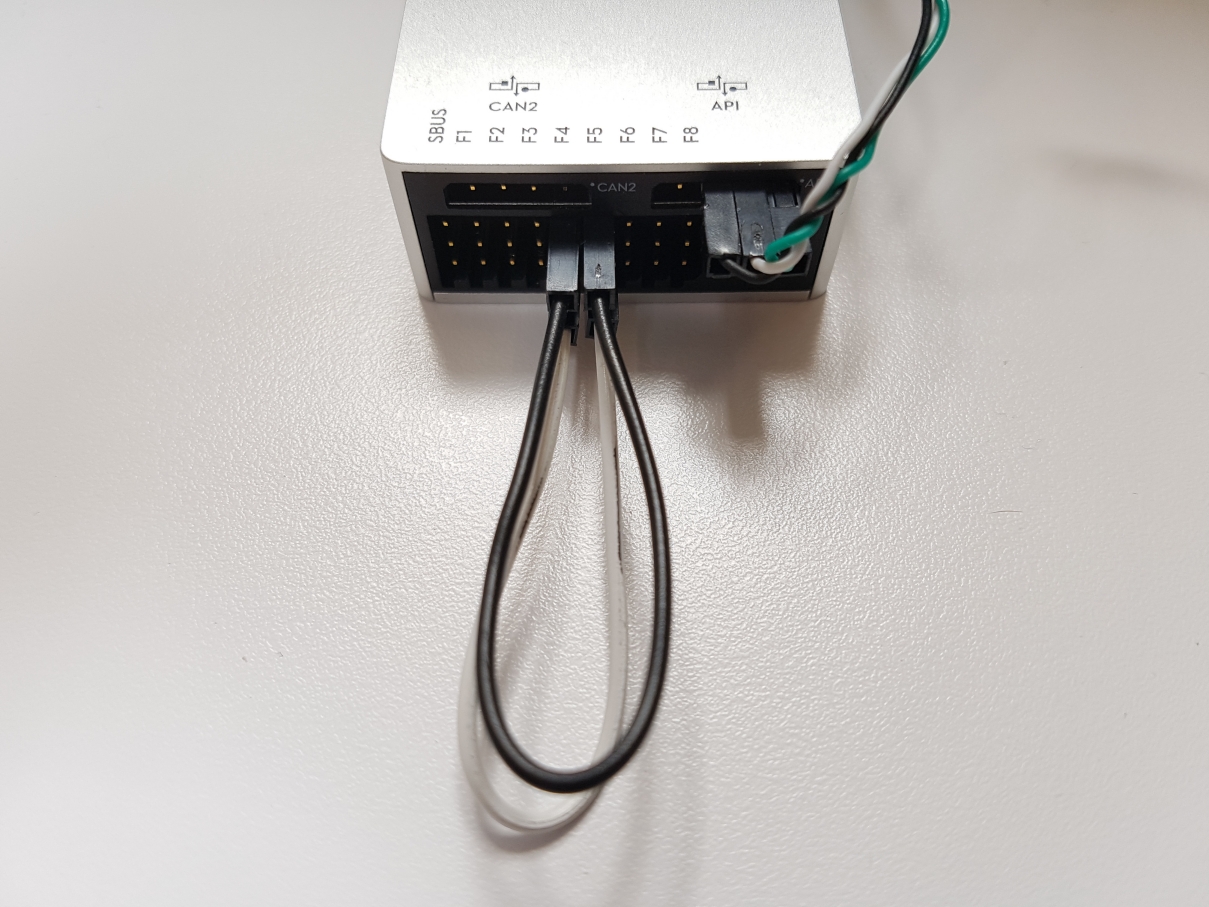 The output of the GPIO loopback (blocking) sample is shown on your terminal like this: