OSDK is a development toolkit for developing applications, which could run on the onboard computer(such as Manifold 2). Developers can obtain the information from the drone by calling the interface specified in OSDK. According to the software logic and algorithm framework designed by the developer, users could control the drone perform actions they need, such as Automated Flight, Payload Control And Video Image Analysis,etc. 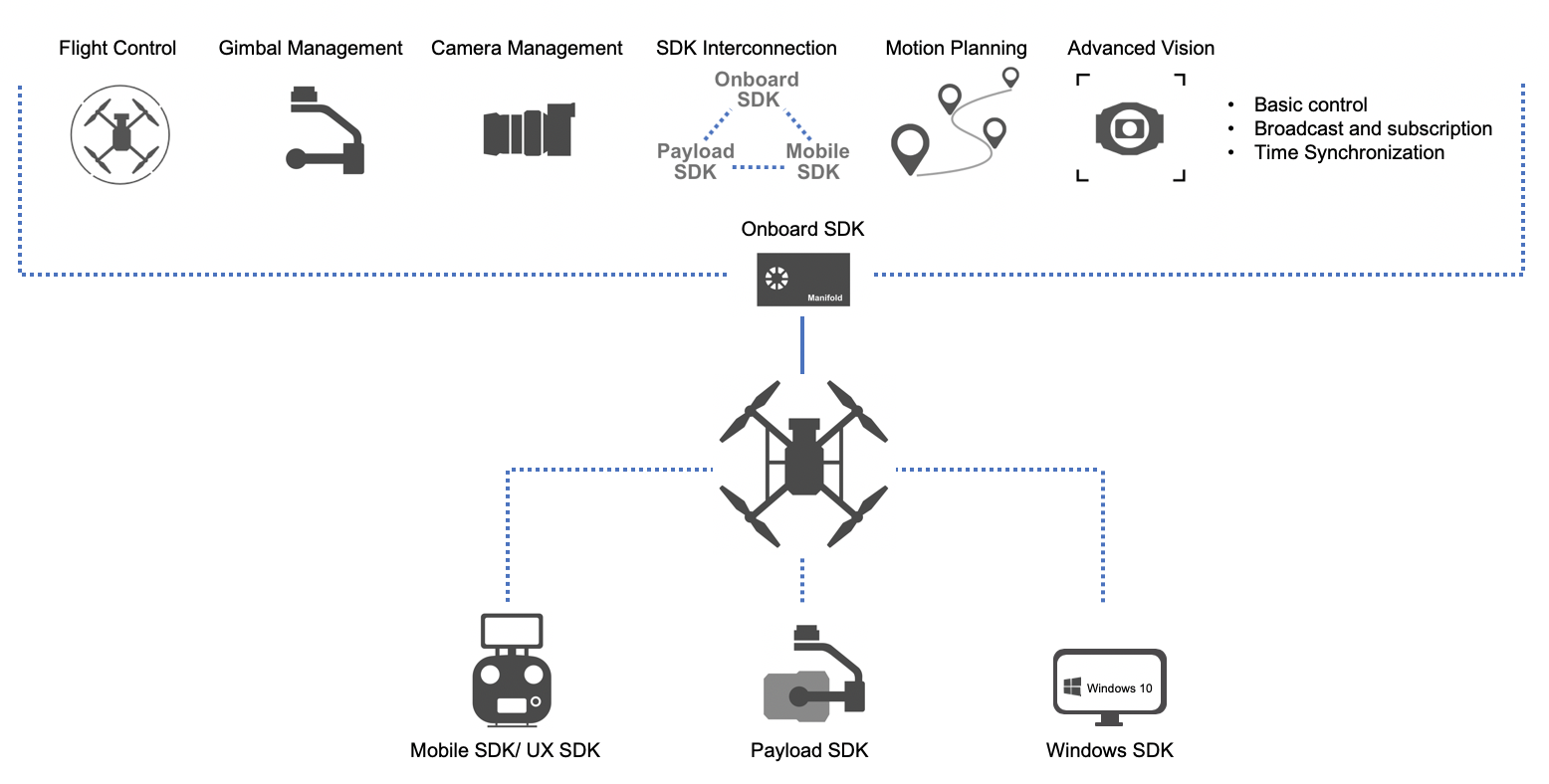 The application developed based on OSDK, could control the drone to perform complex flight tasks, such as autonomous flight, and using the payload developed based on the PSDK, the perception camera and algorithm framework could achieve Object Recognition and Obstacle Avoidance and Cloud collaboration.

DJI's drone condense DJI's reliable control technology and advanced application algorithms, it is widely compatible with third-party development platforms, carrying the payload and onboard computer that developers need to use, help developers to complete the tasks they need to achieve smoothly and efficiently.

Before using the application developed by OSDK, please check the laws and regulations of the region where the flight is located. The safety issues or legal disputes caused by the use of OSDK are not related to DJI. DJI does not assume any responsibility for any use of OSDK Legal risks and responsibilities.