Before using OSDK to develop the application, please read this document carefully to avoid improper operation and accidental damage to the drone or onboard computer.

Before to develop the application, please use DJI Assistant 2 to upgrade the firmware of the drone and hardware platform, for details please refer to Firmware Release。

In order to allow programs developed based on OSDK to communicate normally with the flight platform, please enable the OSDK API control function in DJI Assistant2, as shown in Figure 1. 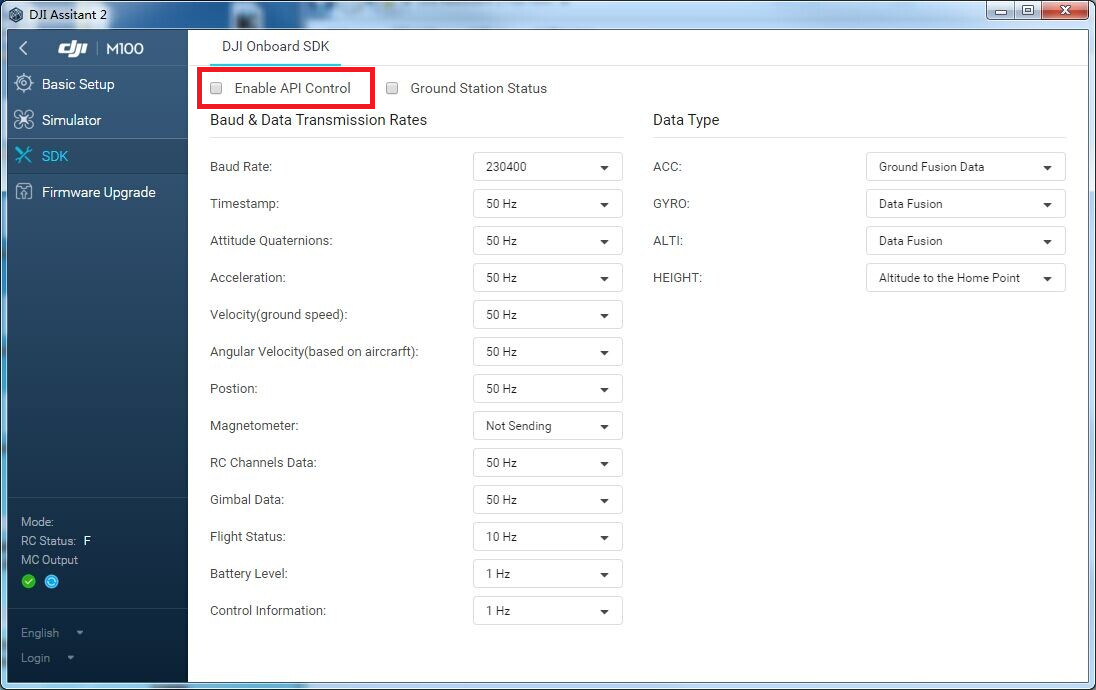 The DJI drone;s flight controller can adjust the controlled subject according to the actual flight status and user's need. The level of drone control authority is in order from remote controlle, Mobile APP based on MSDK and the applications developed based on OSDK.

In the DJI control system, the DJI remote control has the highest control authority, and developers can obtain the control right to control the DJI drone at any time. In P mode, developers can use OSDK to control drones to achieve automated flight:

Mobile APP based on MSDK

After the mobile terminal APP developed based on MSDK is connected to the remote control of DJI, in P mode, it can control the drone to perform the specified flight actions, receive the status information of the drone and simple flight control, such as takeoff, landing, camera Control or gimbal control.

Application developed based on OSDK

When DJI's drone is in flight, if disconnected from the remote controller or onboard computer, it will execute the control of the drone flight according to the following logic:

In order to reduce the occurrence of damage to the drone or accidents due to internal failures of applications developed based on OSDK, DJI strongly requires developers to use the simulator in DJI Assistant 2 to simulate the flight status of the drone , And according to the data and log information in the simulator debug application, reduce the risk of drone damage or accidents, and avoid unnecessary losses.