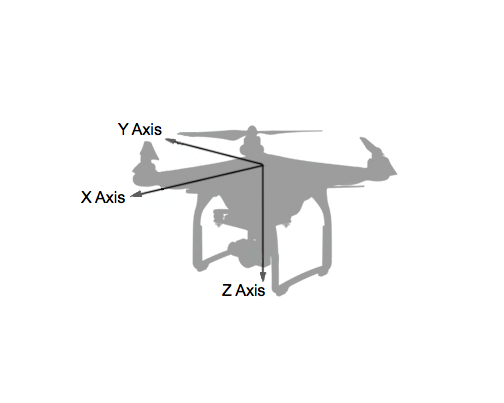 Aircraft translation in positive X, Y and Z is therefore defined in the Body Coordinate System as forward, right and downward translation respectively.

Aircraft rotation is also described with these same axes using the coordinate right hand rule to define the direction of positive rotation. When describing rotational movement, the X, Y and Z axes are renamed Roll, Pitch and Yaw. 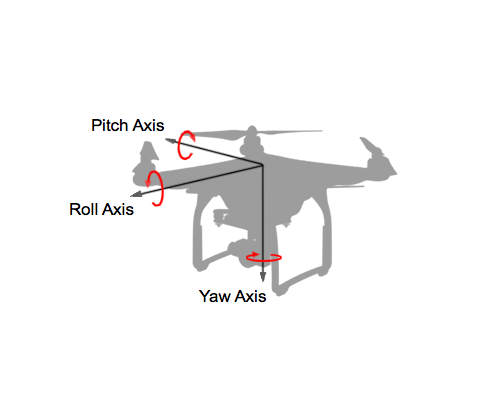 The definition of X, Y, Z, roll, pitch and yaw is consistent with aircraft body coordinate systems, but can sometimes be unintuitive to a developer seeing it for the first time.

For instance, if the aircraft rotates around the Pitch axis (Y axis) it will move in the X axis direction. Moreover, if the Pitch angle is positive, the direction will be backwards, or in the negative X axis. Care must therefore be taken when using roll, pitch and yaw to move an aircraft.

A popular ground or world coordinate system used for aircraft aligns the positive X, Y and Z axes with the directions of North, East and down. This convention is called North-East-Down or NED.

Positive Z pointing downward can take some getting used to, but it is convenient as X and Y are then consistent with the right hand rule and normal navigation heading angles. A heading angle of 0° will point toward the North, and +90° toward the East.

The origin for a NED coordinate system is usually a point in the world frame (like take-off location). 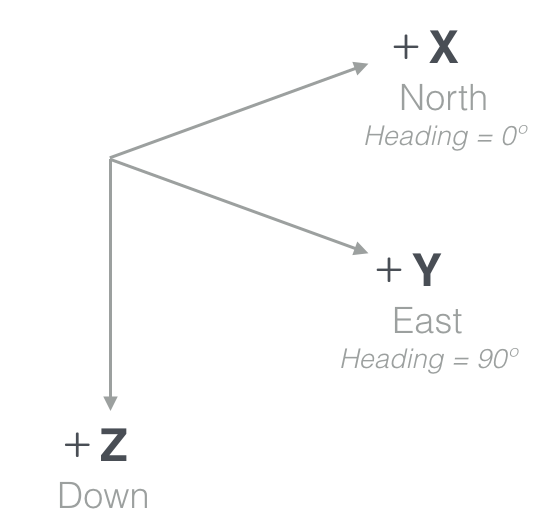 The orientation of the aircraft and gimbal is known as its attitude and defined by the rotation around the pitch, roll and yaw axes in the body coordinate system.

Combined with throttle, rotating the aircraft in pitch, roll and yaw orients the aircraft and moves it in space.

The above diagram shows the aircraft from the side. Pitch measures an object's rotation about the lateral (Y, pitch) axis. Adjusting the pitch will tilt the aircraft forwards or backwards.

To pitch forward, the back propellors spin faster and have more thrust than the front propellors. The flight controller automatically balances the thrust on each propellor and so the DJI Mobile SDK simply provides APIs to adjust the pitch angle and throttle.

The above diagram shows the aircraft from the back. Roll measures an object's rotation about the longitudinal (X, roll) axis. Adjusting the roll will tilt the aircraft left or right.

To roll left, the right propellors spin faster and have more thrust than the left propellors. The DJI Mobile SDK provides APIs to adjust the roll angle and velocity to achieve movement.

The above diagram shows the aircraft from above. Yaw measures an object's rotation about the vertical (Z, yaw) axis. Adjusting the yaw will change the heading of the aircraft.

Half of the aircraft's propellors spin clockwise, while the other half anti-clockwise. When all spin with equal speed, the aircraft heading will be constant. If one half spin faster than the other half, the aircraft will rotate around the yaw axis. The flight controller balances the speed of each propellor and so the DJI SDK simply provides APIs to set the heading.

IOC (referred to as Flight Orientation Mode in the Mobile SDK) defines how the aircraft will interpret horizontal flight commands (forward, backward, left and right).

The Course Lock orientation mode makes the aircraft move relative to a fixed heading. If a heading of 0° (North) is chosen, then no matter the yaw of the aircraft, whenever a left command is given, the aircraft will move West.

The diagram below illustrates an aircraft that is oriented in the opposite direction of the course lock heading, and shows that when a forward or right command is issued, the aircraft will backwards or left respectively relative to itself. 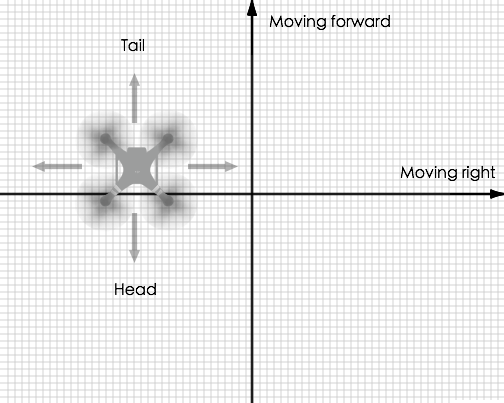 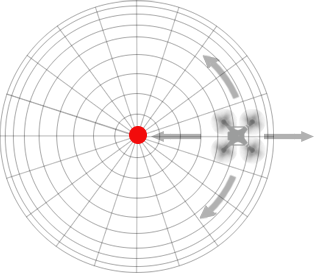