The live streaming mainly sends the camera payload of the aircraft and the surveillance video stream of the airport to the tripartite cloud platform for broadcasting, and users can conveniently broadcast live on the remote web page. 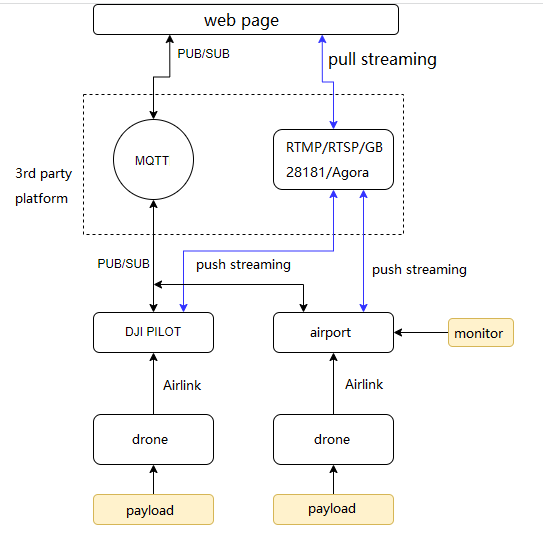 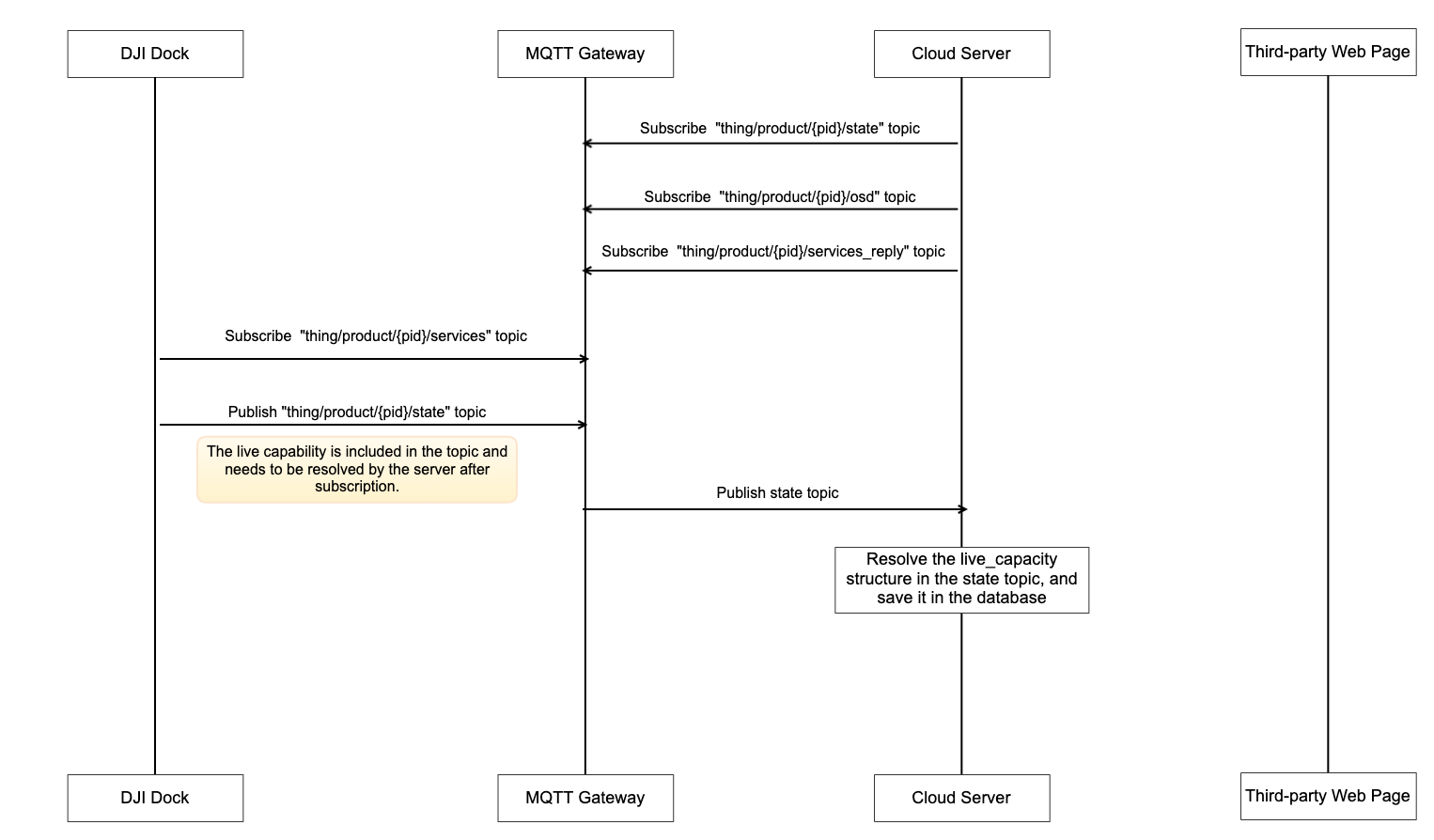 # Introduction to the Interface of the API

The field live_capacity is placed in the object model of the gateway device and is only pushed when there is a state change on the device side.

The server sends the command method=live_start_push to the device via mqtt, which uses the service method of the thing model to interact.